There is no curtain-up on Season’s Greetings (which was on at Fishguard’s Theatr Gwaun this Christmas). You are right there from the beginning, looking into a family Christmas with all the humour and claustrophobia of family life.

Like a doll’s house, the set gives access to all the downstairs rooms and hallway of the house, excluding the kitchen which is still very much part of the action

The stage is quickly peopled by characters who know each other and one another’s foibles intimately. Typically for an Alan Ayckbourn, action for most of this two-act play, occurs in more than one place at a time. That’s not an easy thing to get right, particularly as there are times in the play where almost nothing of huge significance seems to be happening, yet Best Foot Forward keep that undercurrent of unhappiness bubbling away under a surface of laugh-out-loud humour.

Marriages are beds of tension, born out of familiarities, such as with the practical Neville and hard-working Belinda, played by Allan Cresswell and Alison Leighton.

Frustrations haunt bumbling Bernard (Ed Heritage) and drunken Phyllis (Jane Hughes) where unspoken sadness and disappointment have trapped them together in an uncomfortable groove.

The pregnant Pattie (Laura Muller)  and Eddie (Gethin Morris) are all the more poignant as a young couple with little to hold them together, other than the children.

Harvey, the oldest character, played by the youngest member of the cast Finlay Davidson, occupies the stage for much of the play, emitting ennui and disapproval in equal measure, even when asleep.

Then there is poor disappointed Rachel, played by Emma Williams, who haunts the stage like a pale, sad ghost, chewing her fingernails over the bemused author and visitor Clive (Tom Hughes) who himself is trapped by this season of enforced jollity and his own touch of lust, unfortunately not for the sad Emma.

Best Foot Forward has given a brilliant taste of the worst possible family Christmas where people are so familiar to one another that love seems to have got lost – or has it?

They are a great team. No lost lines (not that are discernible, and that’s the skill isn’t it?)… and they work well together, drawing our attention back and forth across the stage into the various rooms. We find that just when it all becomes too sad to bear, they lift the audience with well-timed humour, never missing a beat.

Of course, no performance would work at all if not for the crew. Jana Davidson has done a sterling job as director, ably supported by Gethin Morris (assistant director) and Rachel Price (stage manager). Lighting and sound were the province of Ole Davidson and Ben Reynolds, and costume, makeup and set were managed by the cast and Linda Ogilvie-Davis, Jini Williams, Alex Harding, Ben Gabel and Gethin Morris.

I thoroughly enjoyed my first experience of Best Foot Forward and look forward to their next play, which a little bird tells me will be An Inspector Calls. Give them a visit at https://www.facebook.com/bestfootforwarddrama/

Kitty is an incomer, with five summers under her belt and the knowledge that even the wettest and greyest of winters have not diminished her love of Pembrokeshire. She knows she will never live long enough to be considered a local but hopes to leave some small mark through writing about this beautiful county and its people. 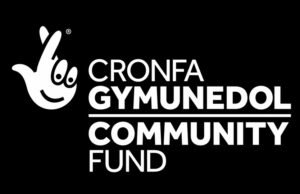