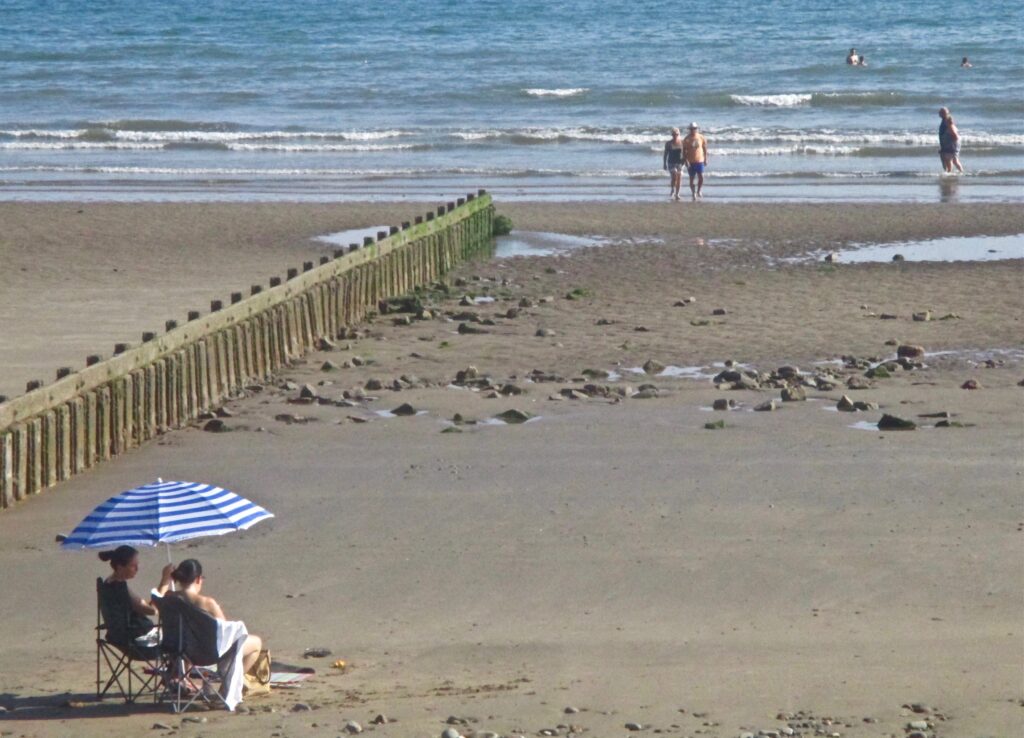 The first thing I saw as I peeped over the seawall at Amroth was a topless and super-tanned woman who was also almost bottomless… The pink thong she wore covered very little and seemed to be disappearing into one of the few places on the beach where the sun wasn’t shining.

It was the hottest day of the year in Pembrokeshire and there couldn’t have been many better spots to be. Not because of all the bare flesh on display, but because it was such a serene setting.

Amroth has the same charm about it as next-door Wiseman’s Bridge, but it’s combined with wide golden sands that are a bit like Tenby without the crowds.

There are more parking spaces here than at Wiseman’s but none of the shops and cafés that you’ll find in Tenby. There is, however, an excellent seaside kiosk selling proper ice cream. So what more do you really need on a gorgeous sunny day?

Amroth’s greatest attraction is peace. It’s a place where you really can just sit and do nothing.

Oh, and it does have the most fantastic pebbles along the back of the beach… so perfectly shaped that visitors don’t seem to be able to resist building little cairns from them. 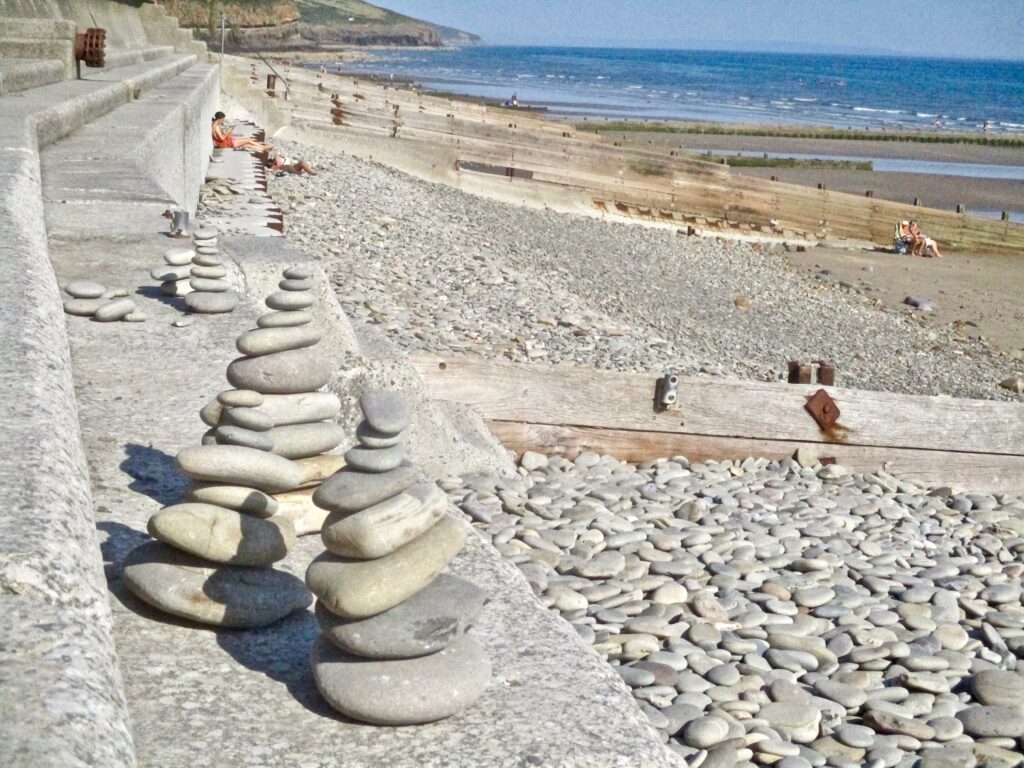