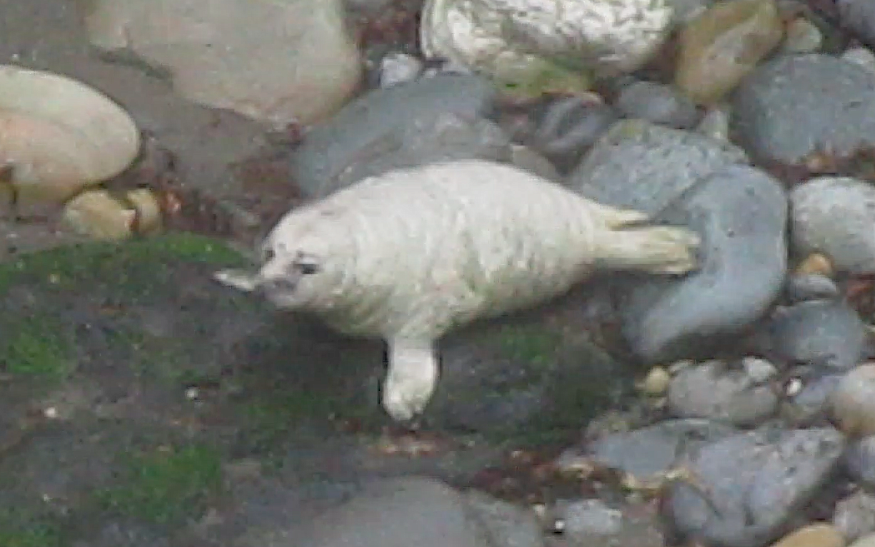 Pembrokeshire has plenty of “secret” beaches… ones that are difficult to get to but which you can have to yourself.

But right now it also has forbidden beaches… ones where it really is not a good idea go.

That’s because it’s the seal pupping season. And seal pups have enough to cope with without the added upset of interaction with humans.

I came across a couple of them – from a distance – at Pwllcrochan beach. They were now great white blobs, almost as big as their mother – who was there keeping an eye on them, also from some distance. They appeared to have been well-fed but to be continuing to have great difficulty in figuring out what to do next and how to move around.

The large father put in an appearance from time to time but, like the mother, didn’t get very close to the offspring. It looked like the young ones would soon be left to try to make it on their own.

Such little family sagas of the wild are wonderful and irresistible to watch – but it must be stressed again: do not get near, get involved or cause these creatures stress. 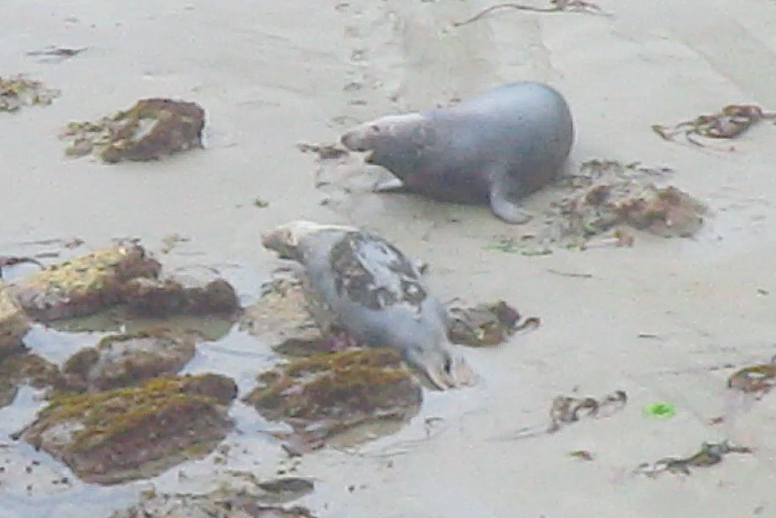 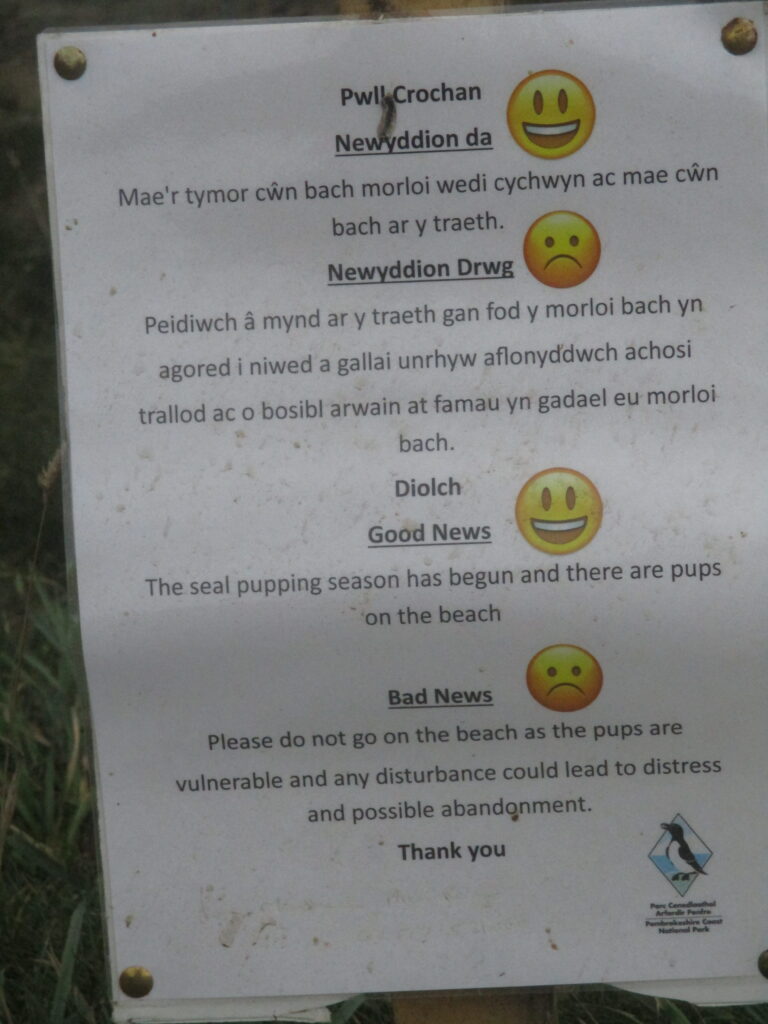