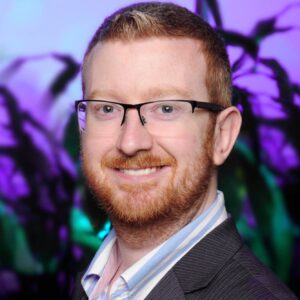 It was a photograph of the recent meteor shower that first drew our attention to Mathew Browne, a travel photographer from Wales, who specialises in cityscapes, landscapes and architecture. When we looked further we found some spectacular images that we knew you would like to see.

We asked Mathew how he first became interested in photography. He told us that his first passion was travel: “The more I travelled the more I grew frustrated that the photos I came home with didn’t quite convey a sense of place. This came to a head in Iceland when I saw a spectacular display of the Northern Lights and was powerless to capture it with my rather basic camera.” 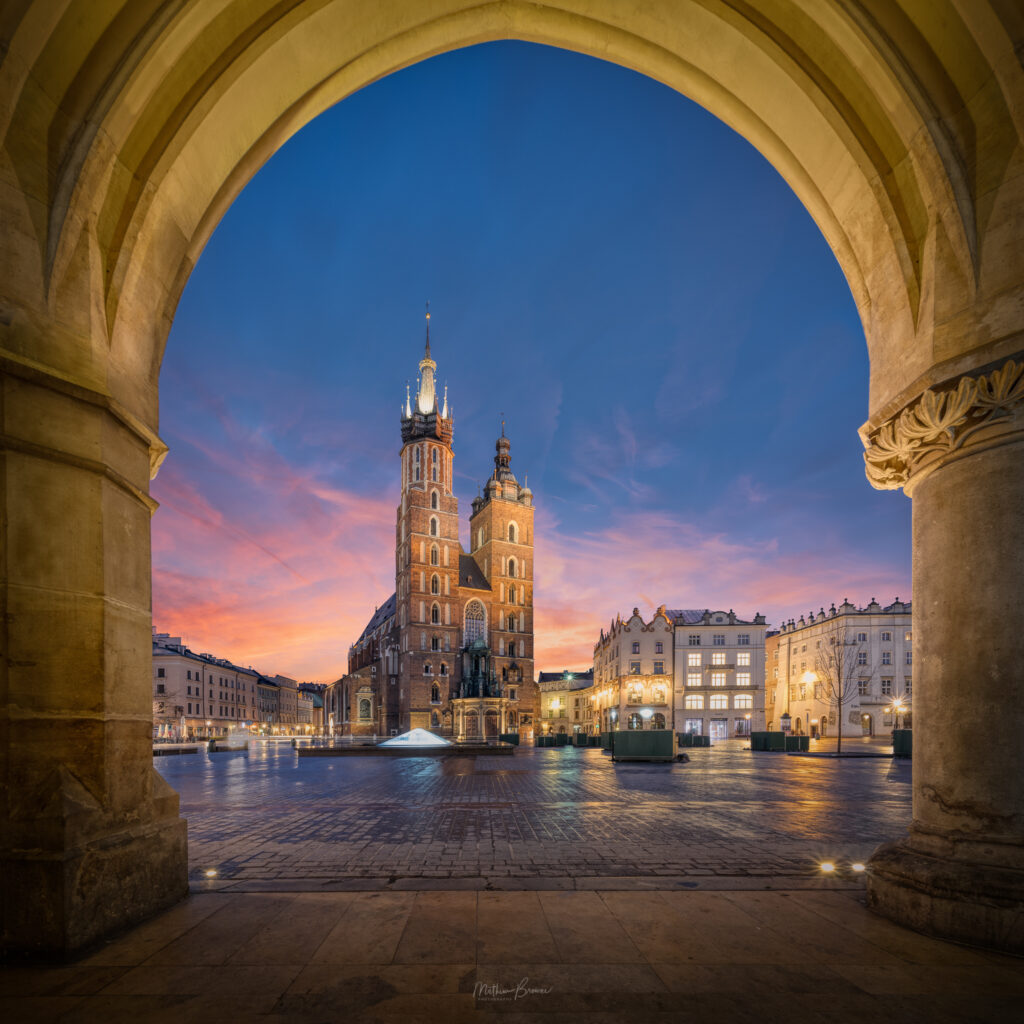 Hi first step into documenting his travels in a way that was more satisfying was to buy a digital camera magazine at Keflavik airport and read it cover to cover on the journey home.

His first camera was a Canon 550D, a very good beginner camera with interchangeable lenses. “I taught myself through painful trial and error how to take better photos and after acquiring several other lenses and a few years’ experience. In 2015 I hit a wall in terms of what I could achieve creatively.”

That was when he sold all his gear and upgraded to Nikon’s flagship full-frame range of cameras. Since then he has owned the D800, and the D810. The D850 is his current camera.” 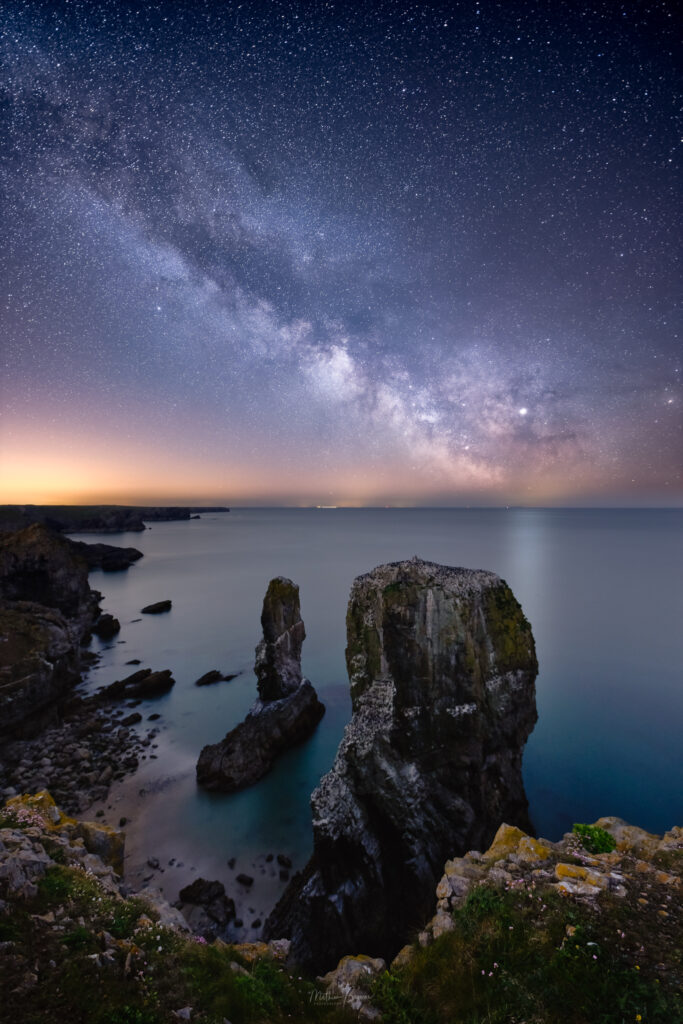 We loved his recent post online. Is he particularly drawn to night-time photography?

“Certainly, my two favourite types of shots involve night-time shooting. I love cityscapes – the busier the better – and I especially like the twilight hour when buildings are lit up but you still get some ambient light in the sky. This doesn’t have to be in the evening – morning before sunrise is a great time to catch cities looking deserted, even the world’s most popular tourist attractions.

“The other type of night shot I enjoy is astrophotography. In Wales we have lots of places with little streetlighting, particularly on the Pembrokeshire coast, which lead to great night photos.”

The image that we first saw of Mathews was of one from a night-time shoot.

He told us: “I stayed overnight at Pentre Ifan burial chamber to photograph the Perseid meteor shower. I’d captured lots of smaller meteors on camera – a really great show – but all this was dwarfed by a giant green fireball that I was fortunate enough to have in frame. I’ve been shooting the night sky for years and this is only the second time I’ve ever photographed a meteor of that size.”

That sounds really exciting and has made for a great image. We asked Matthew which other places have inspired him. 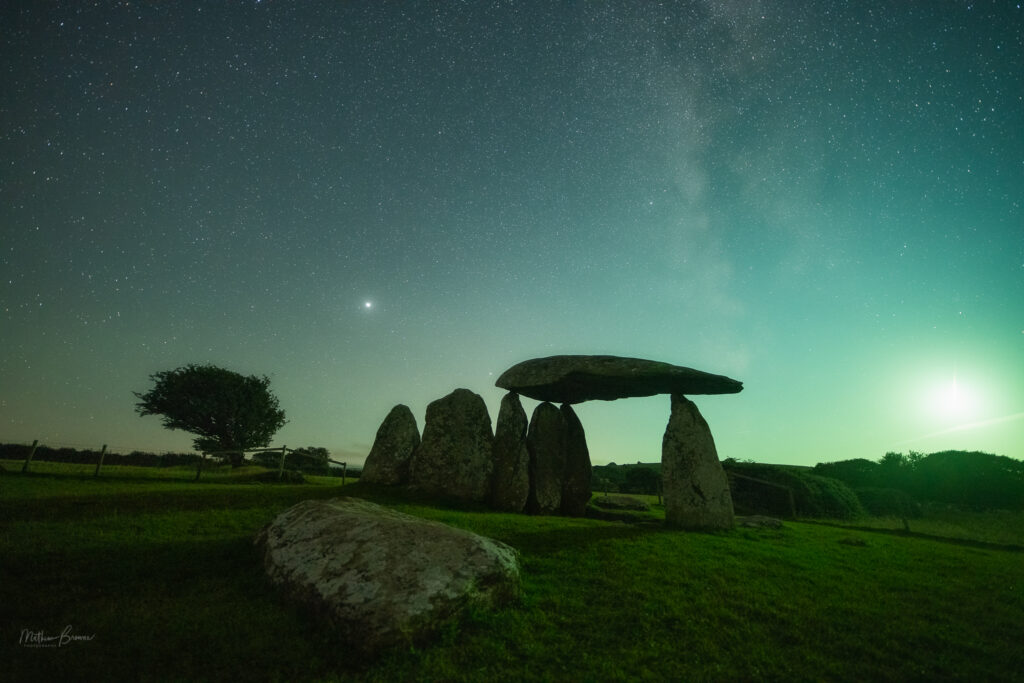 “Overseas, my favourite location is Singapore – wonderful architecture and a very safe place to wander at night with photogenic and futuristic compositions everywhere. Here in the UK it’s impossible to pick a singular location but Pembrokeshire, Carmarthenshire and Ceredigion have plenty to keep me busy.” 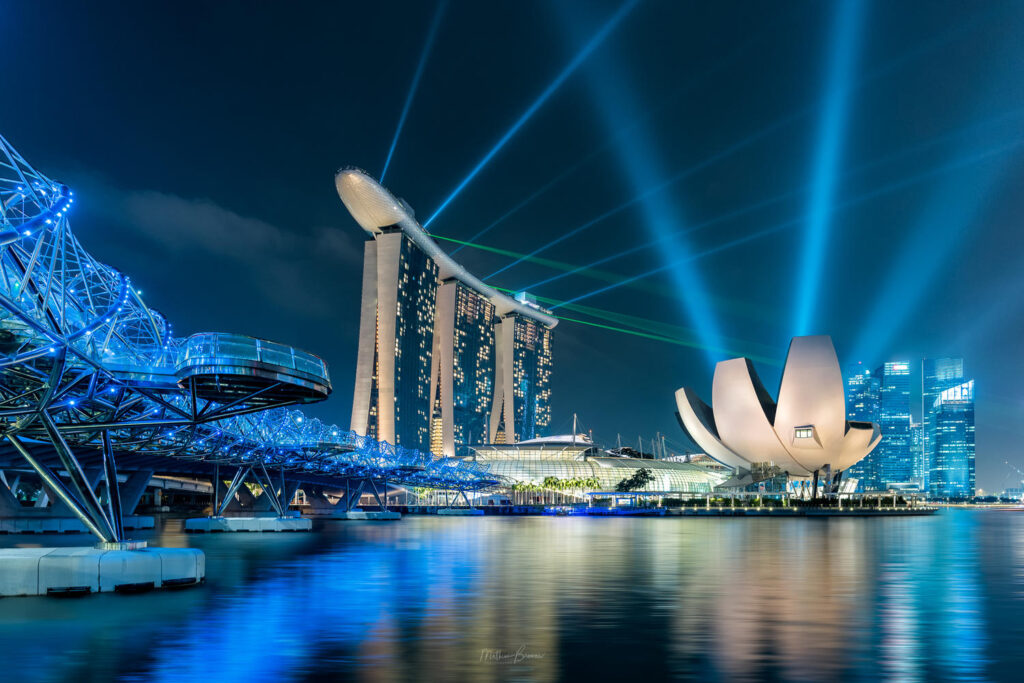 Does Mathew have a favourite image ?

“My favourite and most popular image is of Stonehenge, captured July 2020 with the comet Neowise behind it. It’s a five-hour round trip from my home to get there but I’d seen the forecast that night, and I knew that the comet should be visible, but I didn’t expect it to be that striking.

“The wispy clouds to the left of frame are noctilucent clouds – rarely seen wispy clouds of ice crystals which form in the upper atmosphere. During the astronomical twilight of the summer months they can become visible to us at this latitude if the sun is at just the right angle below the horizon to reflect that light back at us.” 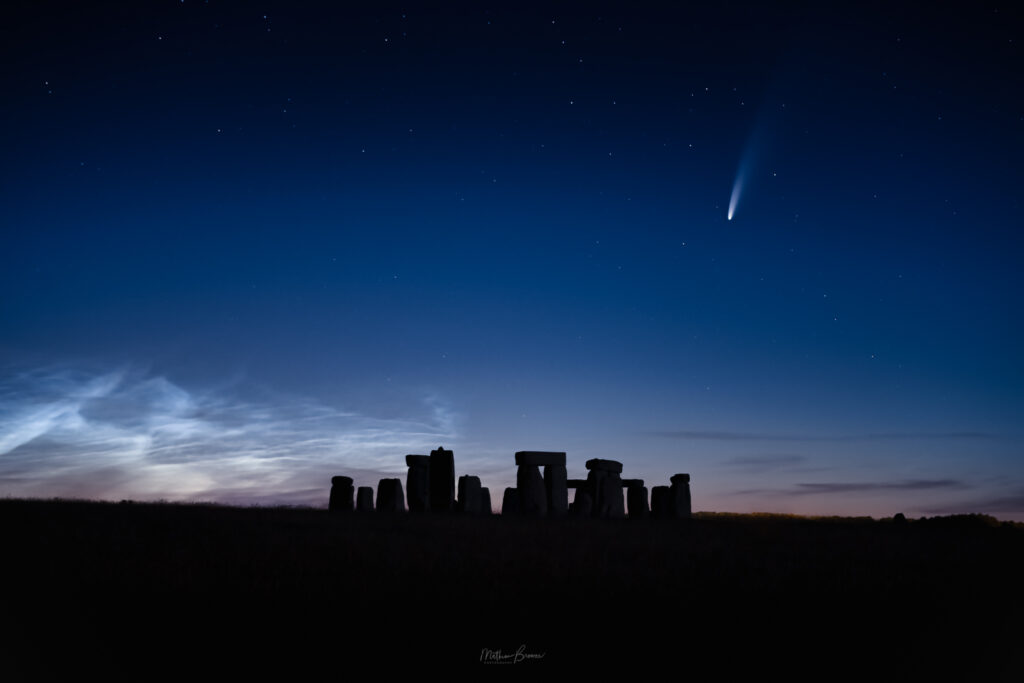 “This was arguably the best display of the year, so getting this and the best comet in decades, with Stonehenge as the foreground, was a truly once-in-a-lifetime image. It was shown on television and in print all around the world the next day and it took me three weeks to fulfil all the print orders.

“Photographers might also like to check out PhotoHound. It is the ultimate website and app for travel photographers. Whether you’re a professional building a portfolio or simply wanting cool shots for Instagram, we show you how, where and when to get epic travel shots.” 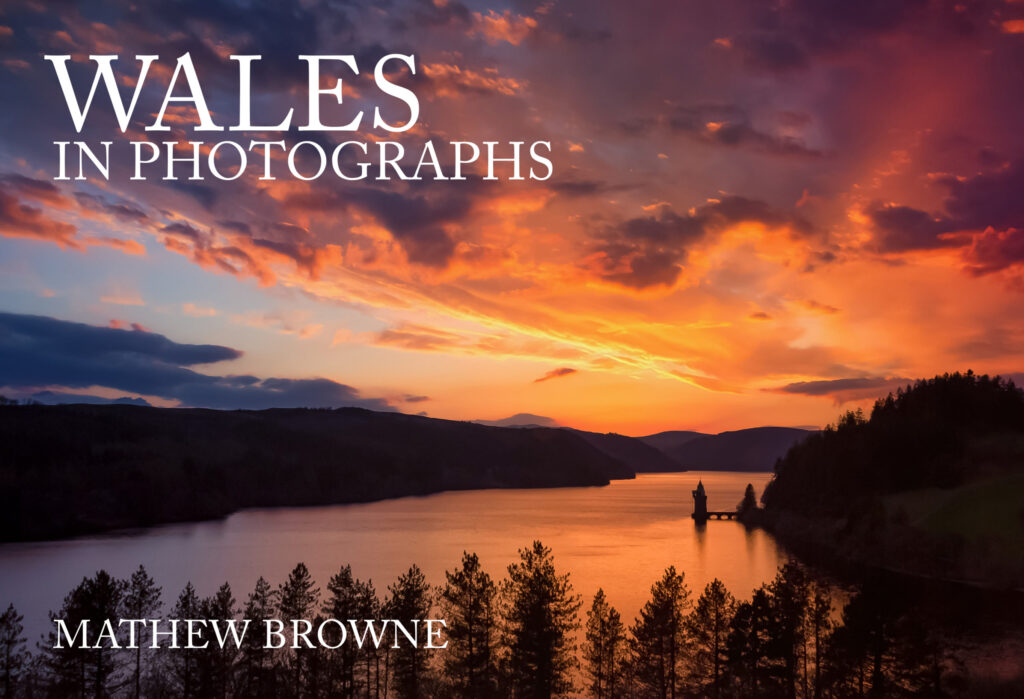 Mathew also has a book called Wales in Photographs that was published in 2017. You can obtain signed copies from his website.

Do check out Mathew’s other work. We hope to be featuring him again soon and we are keen to know more about his book and the website PhotoHound that he co-created, so watch this space.

Please note, the images above are the property of Mathew Browne and are not to be reproduced in any form without his permission.