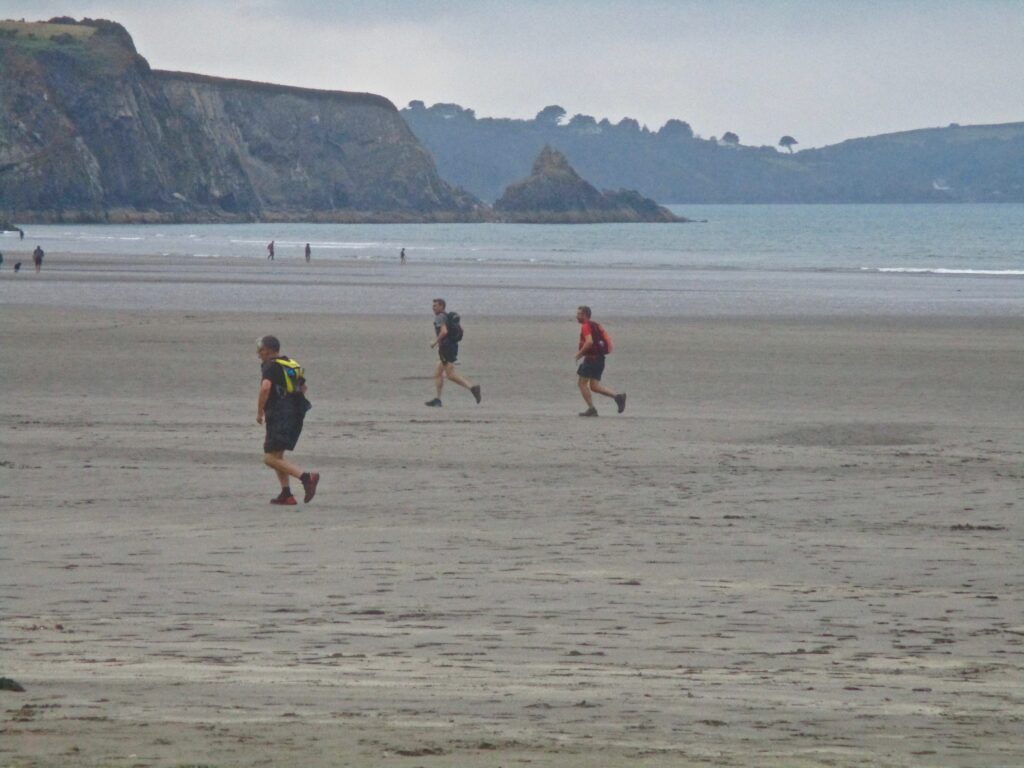 Newport Sands can be a windswept spot – not necessarily the sort of beach where you’re going to settle down for the day (unless you really do like sand in your sandwiches). But it’s spacious and slightly wild – which makes it appealing.

For a good walk to get to it, park to the west at the Parrog and then follow the path inland beside the waters of the Afon Nyfer. Following a longish and leafy path, you will eventually come to a road bridge that will take you over to the other side of the river. Then you can double-back down this bank until you reach the wide expanse of Newport Sands.

You will eventually have high dunes on your right-hand side; and there is a network of paths that will lead you into them – some well-trodden, others less so.

I followed one that, all of a sudden, took me to the top of a dune and to the edge of the Newport Links golf course. But be wary of following in my footsteps.

I noticed a vacant wooden bench at the edge of the course and thought it would be a good place to sit for a while.

“There’s no path here for walkers,” shouted an old man with a golf club approaching from the distance.

“I was just going to sit on this bench for a while,” I shouted back.

“You can’t sit there. That bench is for golfers.”

Despite the fact that I couldn’t see what harm it might do for a 70-year-old walker to sit and rest for five minutes on an empty bench, I shouted back: “OK. Thank you. I will find somewhere else to sit. Have a nice day!”

His reply was indecipherable but sounded grumpy.

I went down one dune and up the next and found myself, by chance, in the perfect spot to watch Mr Grumpy tee off for his next hole. He took three shots to reach the green… but then his ball rolled all the way back down off it and into the rough. He hit it again onto the green… and again it rolled all the way back down. I waited to see if he would have a third go… but he didn’t. He seemed to storm off, without even picking up his ball, and went on to the next tee. I do hope having an audience hadn’t put him off. From what I could gather, he wasn’t much more of a golfer than I was… But at least he would have been allowed to sit on a bench… 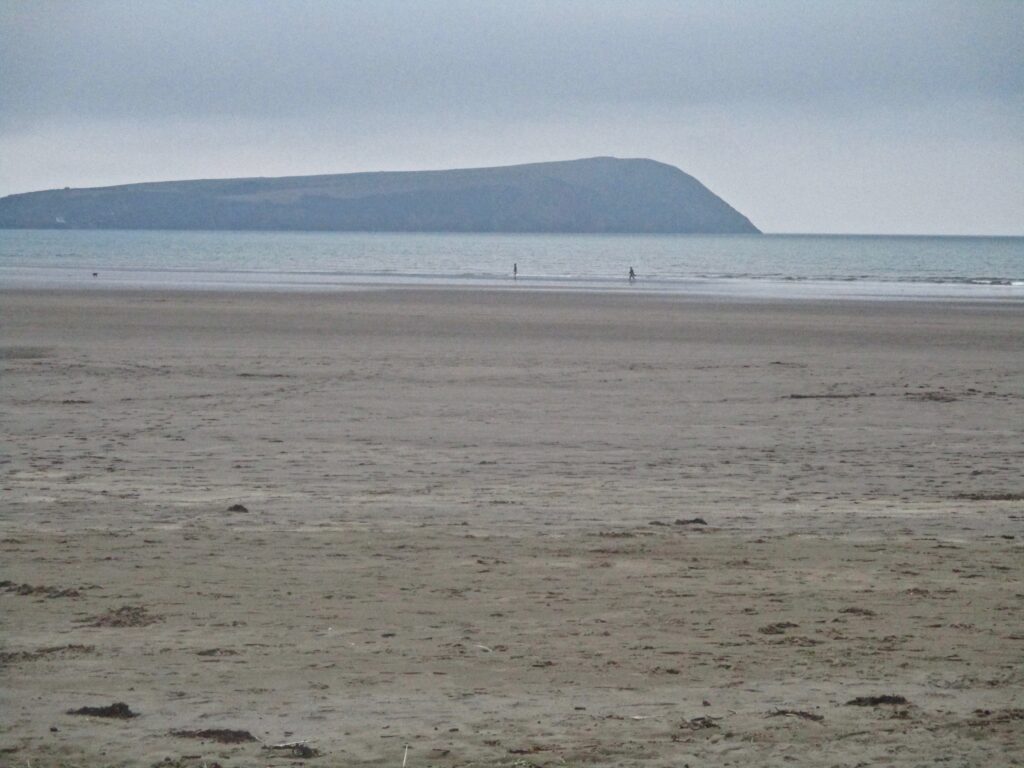