Wild Pembrokeshire with David Gardner: A Day in the New Life of a Seal Pup

Please note that this article and all accompanying images are subject to copyright.  Prints in a number of formats are available to purchase by order through David Gardner Photography.

The late September afternoon was wonderfully still and warm as we went through the gate leading off the Trefin to Abercastle road and took the public footpath around the edge of a large ploughed and seeded field. I was accompanied by my partner, Lynne, two friends from next door, Steve and Viv, who are always wonderful company on our rambles, and their ageing dog, Toby, still game enough to chase a ball occasionally after all these years! We were heading for the nearby coast path and, specifically, the cliffs towering over the storm beach of Pwll Llong, to check on the progress of the seals that we knew would be there.  This stretch of coast is particularly good for seal watching at this time of year as the inaccessible bays in the area provide excellent locations for grey seals to pup and mate in relative safety. 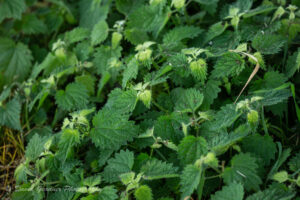 Leaving the bleakness of the next field, a rye grass ‘desert’, its unremitting monoculture greenness evidence of extensive applications of artificial fertiliser and herbicides, it was a relief to enter the rich ecological variety of the coastal fringe. A young stonechat greeted us briefly from a bramble spire before diving into the security of a blackthorn tangle and a pair of chough called from across the bay.  As we approached the cliff edge overlooking Pwll Llong a mournful cry floated up from the beach far below and hung in the air. A quick scan with binoculars revealed a number of creamy white pups scattered among the rocks and cobbles of the beach, some accompanied by large, mottled grey mothers and some alone. Adults were also swimming idly in the clear waters just offshore, enjoying a brief respite from the demands of their youngsters, a timely reminder that a lone pup found on a beach has probably not been abandoned but will have a mother keeping a watchful eye from close by. 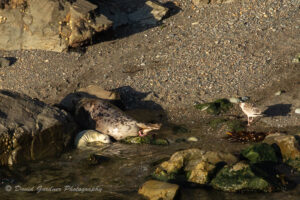 A bulky shape could be seen cruising through the beds of kelp beyond the surf and when a whiskered head broke surface its large size and prominent ‘roman’ nose identified it as a bull seal waiting for an opportunity to come ashore and mate with one of his harem. Grey seals will mate again on the pupping beach soon after giving birth but the fertilised eggs will not implant and continue development for three to four months, a process called delayed implantation. The gestation period is eight to nine months so this delayed implantation ensures that birth will occur around the same time each year.  The phenomenon is also found in badgers, the benefit being that it enables the youngsters to be born at the most suitable time of year for survival. 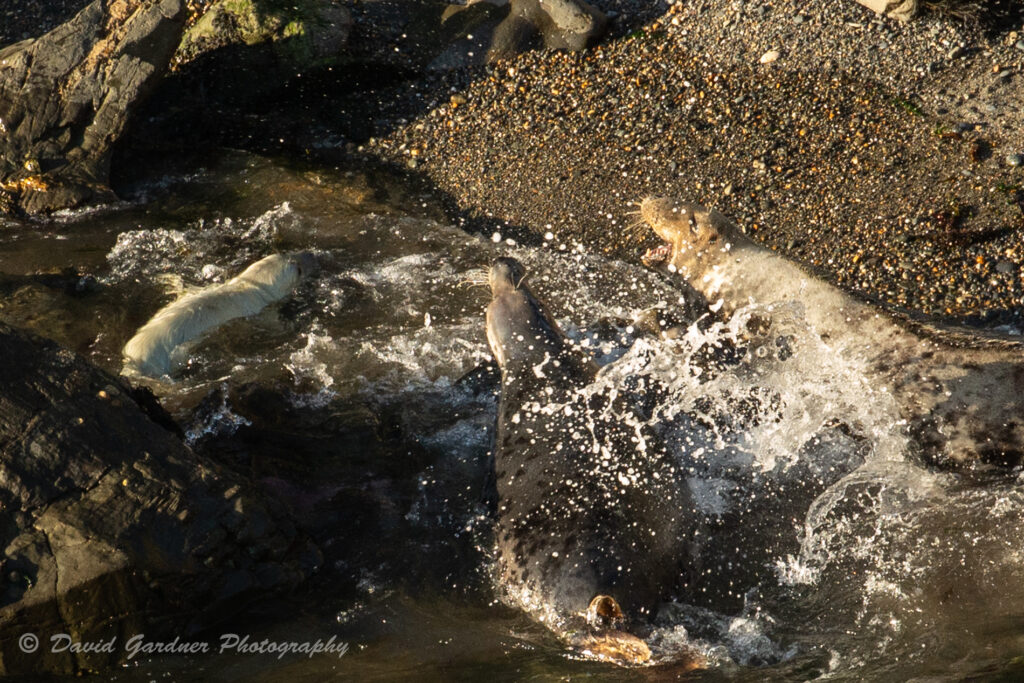 MOTHER SEEING OFF ANOTHER COW

The continuing wailing calls of distress drew our attention back to the beach where their source was identified as a very small lone pup wedging itself against a rock to prevent being rocked out to sea by the incoming waves. It was clear that this small white bundle had very recently been born as was evidenced by the fact that the mother on the shingle nearby was still in the process of passing the afterbirth. Having done so she took to the water leaving the afterbirth on the beach to be consumed by a group of opportunistic gulls. We were worried that she was showing no interest in the pup and that she was not giving it a chance to suckle, but, having washed the blood from her body and spent a while in the shallow water, she returned to the beach and assisted the pup to scramble to a more secure spot. Her maternal instincts were soon demonstrated when a neighbouring cow lumbered over to investigate and was quickly warned off with a show of open-mouthed aggression as the mother placed herself between the pup and the intruder who hastily backed off in a shower of spray. 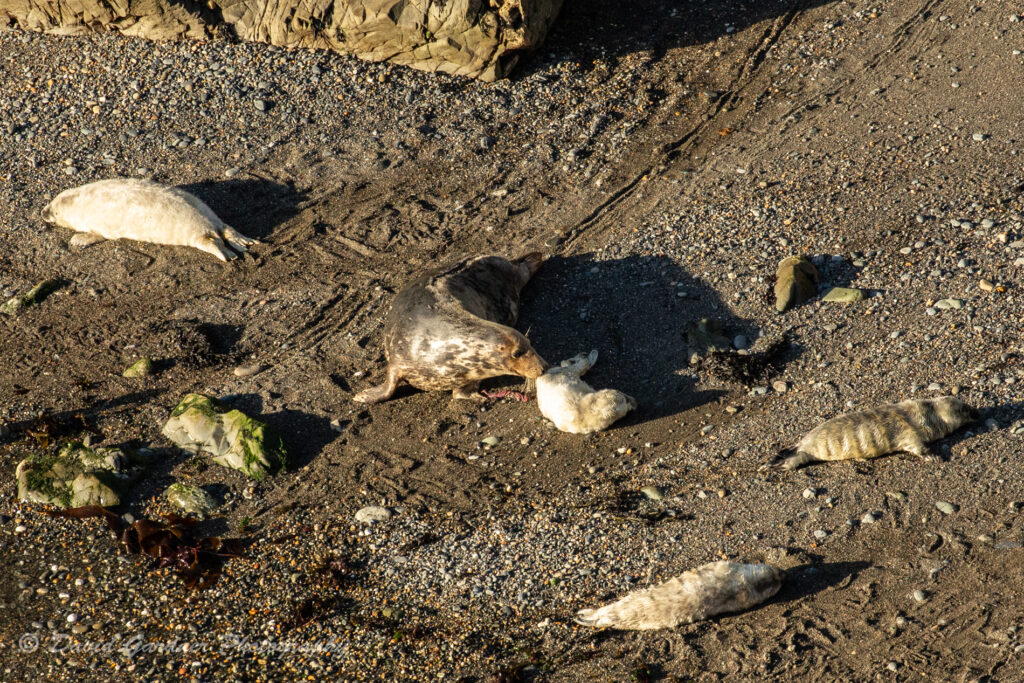 COW AND GROUP OF YOUNG PUPS

At the other end of the beach another recent arrival was suckling hungrily from a patient mother lying just at the water line. Mother seals come ashore three or four times a day to feed their pups which need to treble their birth weight in the first three weeks of life to give them the best chance of survival after weaning.  The production of the fat rich milk and the lack of feeding takes its toll on the females which can lose up to a third of their body weight in the process before weaning occurs after three weeks or so. As weaning approaches, the soft white fur of the pup is shed to be replaced by the adult mottled grey coat. Exploration of their new watery world becomes more frequent and adventurous before they finally leave the beach for the open sea to learn how to survive in the challenging environment of winter storms. 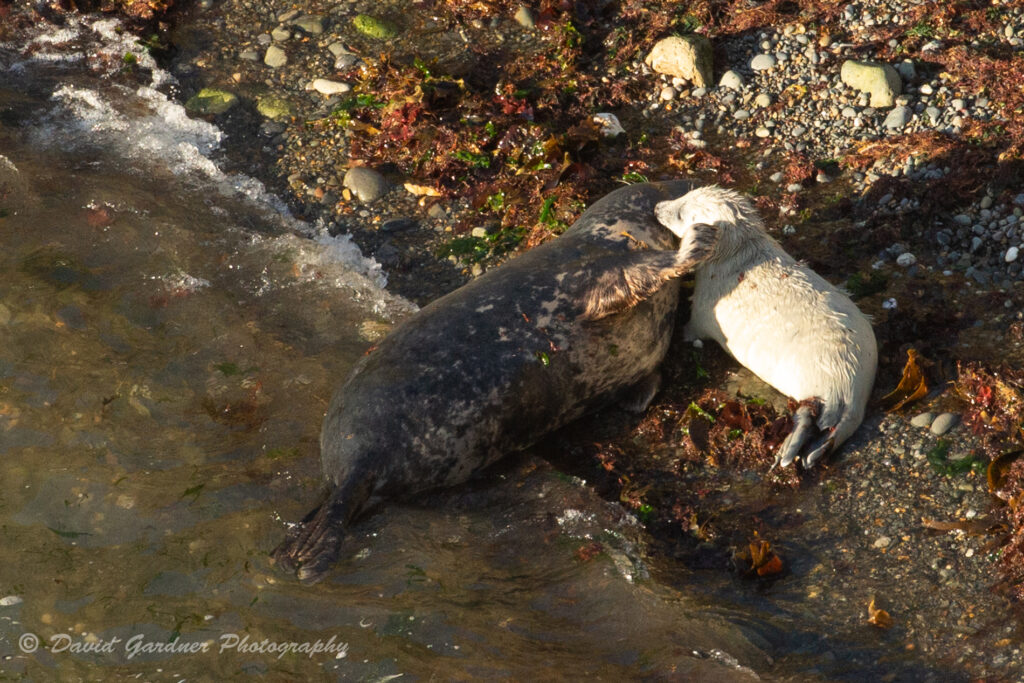 A TENDER MOMENT BETWEEN COW AND PUP.

Our attention was diverted from the mother and suckling pup by a flutter of movement towards the back of the beach. Two gulls were squabbling and bickering over a red and white mound huddled motionless on the stones which was revealed on inspection through binoculars to be a dead pup covered in blood. The cause of death could, of course, not be known, but the chances are that it was either the pup of a first time mother who had been unable to cope with her unaccustomed responsibilities or that it had been battered against rocks during bad weather. It was a chastening reminder that life and death often go hand in hand and that mortality early in life is always a possibility. However, the loss of the pup was a bonus for the gulls and other scavengers which would ensure that nothing was wasted and life for them would continue. As we turned to go after watching life below play out for over an hour, other pups started calling their mothers in from the water to suckle and the bull continued to patrol the bay to deter invaders. 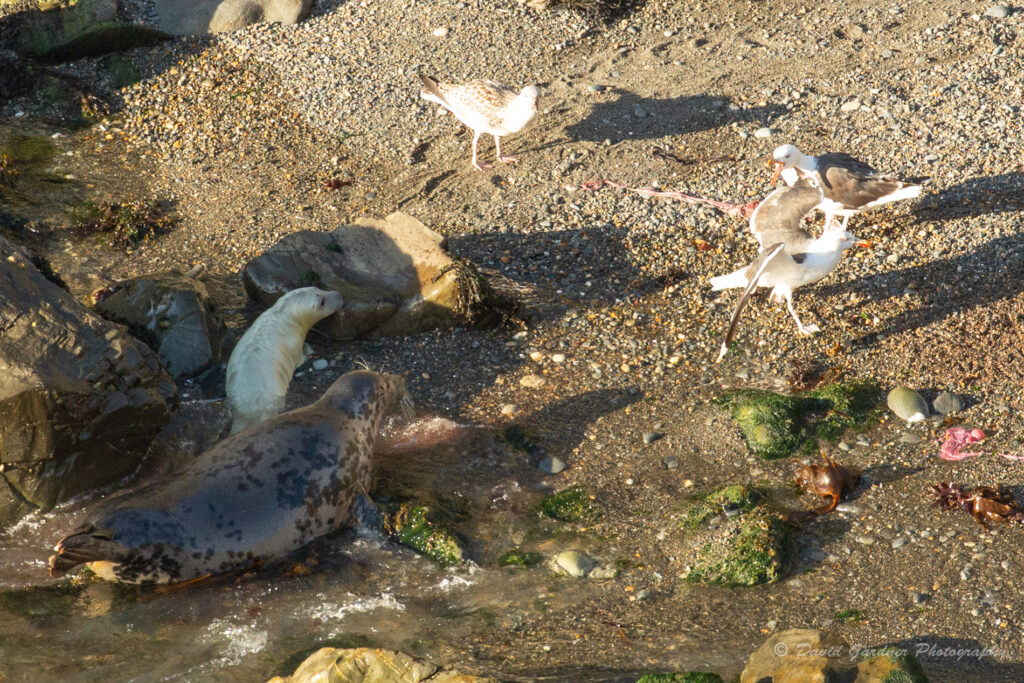 Returning along the coast path towards the gate into the rye grass pasture, we saw a pair of ravens that ‘cronked’ and cartwheeled in a display that took them over the foam-flecked water towards a shadowed cliff face and a raucous flock of jackdaws. The difference in size between the ravens and their much smaller cousins was clear, as was the distinctive diamond-shaped tail that also differentiates them from other corvids. As we strolled up the sloping meadow, Toby repeatedly losing his ball in the long grass, large numbers of crane flies and dung flies fluttering up round our feet were a reminder that even here some life survived despite the intensive management of the land. 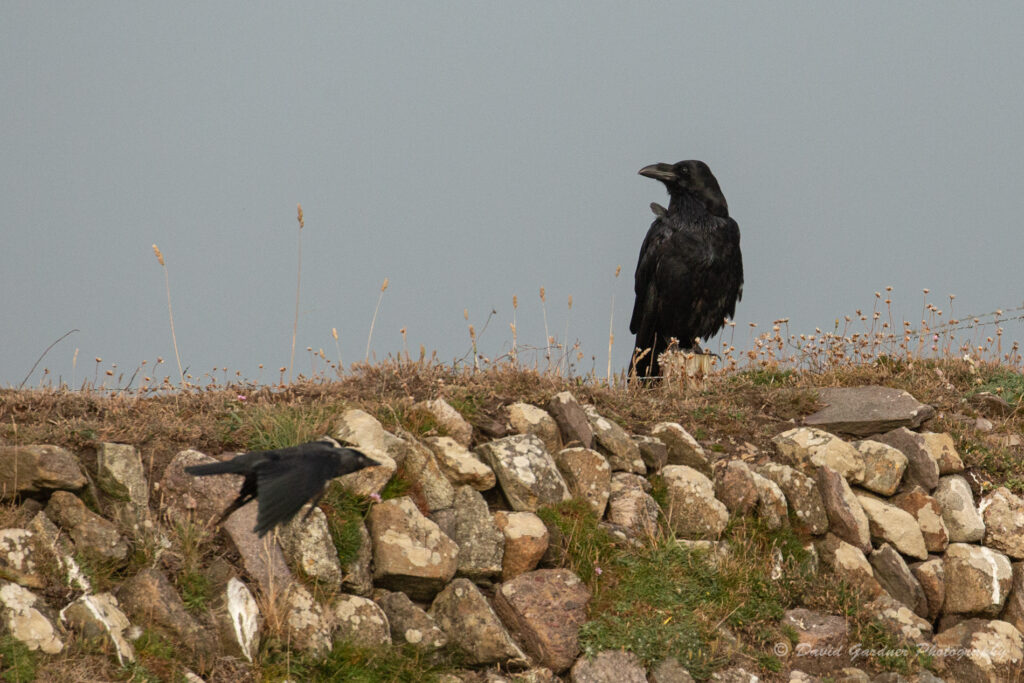 A RAVEN WITH A FLYING JACKDAW

At the start of our walk I had noticed a yellowing of the vegetation along the path bordering the ploughed field and now as we traversed it to return to the road, I took a closer look. It was immediately clear that someone had recently sprayed all the edge of the field with a powerful herbicide, but what was not clear was why they thought it was necessary. With the intensive agricultural management of all the fields in the area meaning that the boundaries are the only remaining refuges for wildlife, the apparently pointless destruction of this last remnant of habitat appears to be senseless. Thankfully, the vegetation on the bank behind, although trimmed to within an inch of its life and with no hedgerow remaining, appeared to have escaped the windblown spray of poison and stood a chance of still being around next year. 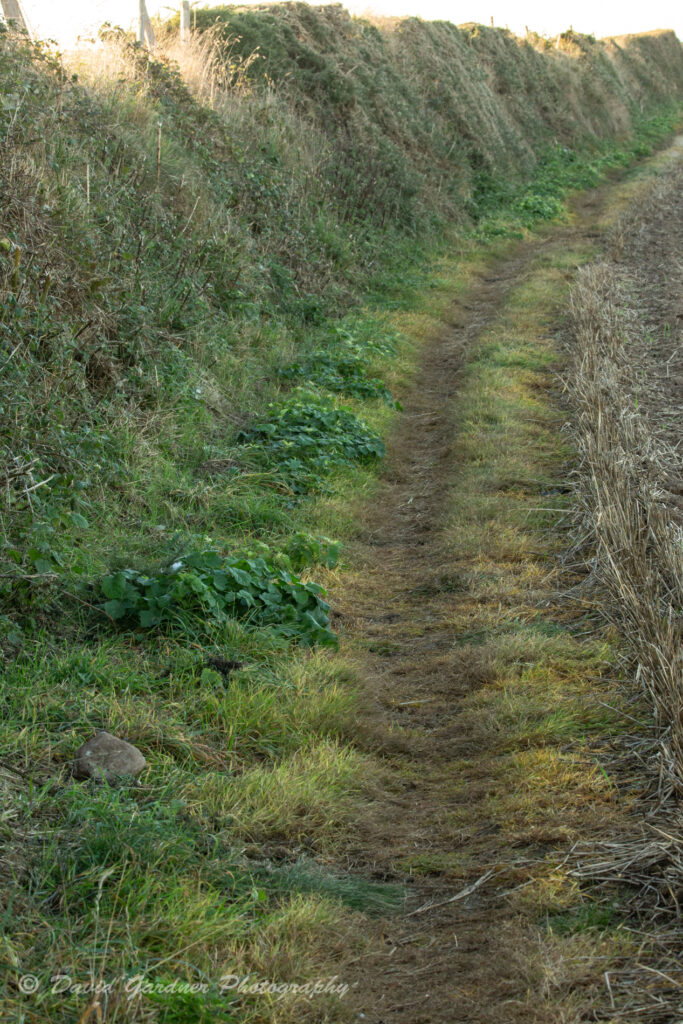 A robin sang from a roadside bush as we headed home, not the carefree trilling of spring and summer but the wistful, halting song that suggested that the year is moving into autumn. The natural world will be facing a different set of challenges as winter approaches and it needs all the support we can give it rather than poisons and flail trimming. 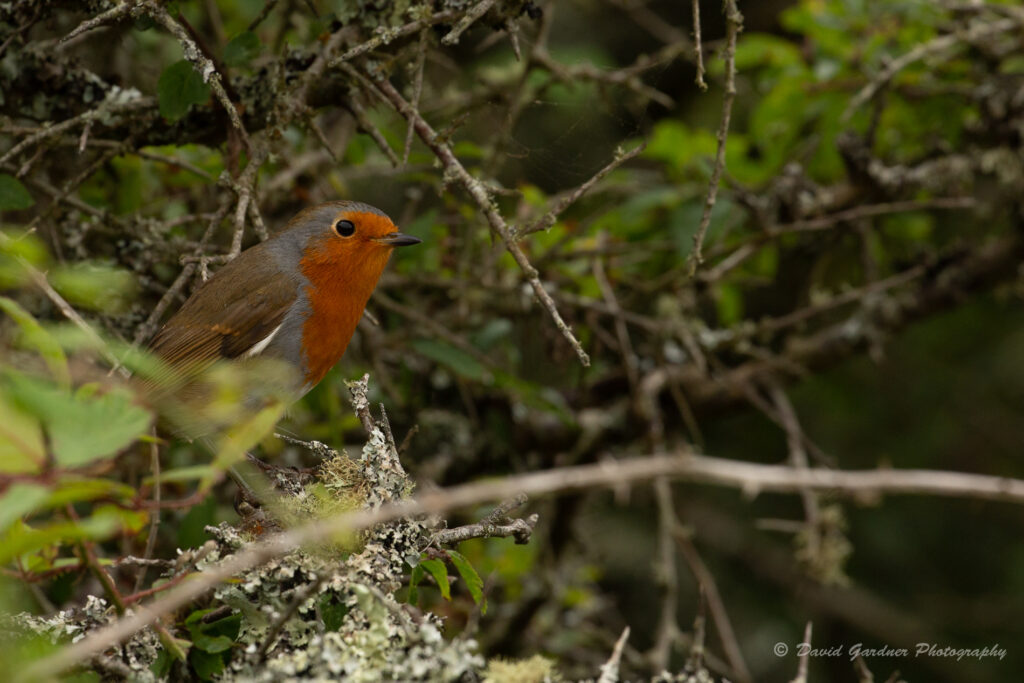 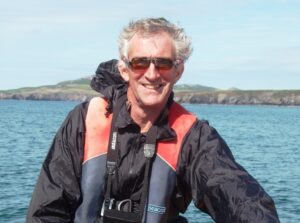 Please note that all the images displayed here are protected by copyright and we have David’s kind permission to use them. David Gardner has a background in the environmental and conservation fields having been, inter alia, a salmon and trout farm manager, fisheries and conservation manager with the National Rivers Authority, and chairman of the Wildlife Trust of South and West Wales. He is also a dealer in art and antiques, which must go some way to explaining what a great eye he has for creating beautiful images of the world around us. He can supply high-quality prints of these and other images to order, and he is happy to accept  commissions if you have special subjects in mind.