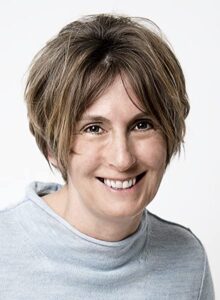 As 2021 starts to slip away, we have been asking around to find out what people have been up to and if they have any plans for the year ahead…

Local author Helen Carey lives in Newport and is best known for her bestselling Lavender Road series https://www.amazon.co.uk/Lavender-Road-1-ebook/dp/B01CI7WTQK set in the Second World War. But she has also writte 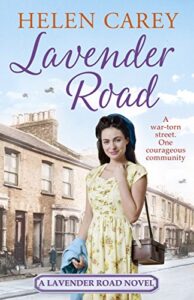 n a light Kindle thriller called Slick Deals some of which is set locally and against the ever-present threat of oil exploration in Cardigan Bay.

Helen told us: “Apart from the sadness and worry for ailing friends and family, this year, we have enjoyed the peace and quiet, the garden, running our Greek rescue dog in our fields, and a bit of social life over the hedge with neighbours. It turns out that we are lucky enough to live in the perfect lockdown terrain. Who knew?!

“Now things are opening up a bit, like many people, we find that we don’t need to do quite as much as we used to, socially or otherwise. In due course I’m sure we will want to travel again, but our adventures of two years ago, going round the world and then driving down to Greece to fetch our dog Hera (who had spent the previous 10 years on a chain) seem to have kept us going.

“We are learning Portuguese as a way of keeping our brains functioning. We also do a crossword most days, and sometimes (if we can muster up some energy) we do a session of Darcey Bussell’s Diverse Dance Mix. So now that we are fit in mind and body we will see what next year brings!”

We asked Helen to tell us a little more about Slick Deals and she even offered us a tempting snippet. Is this something to add to your Christmas present list?

“Slick Deals was originally inspired by a dolphin survey boat trip in Cardigan Bay,” Helen says. “For some time I have wanted to set a novel in Wales and seeing an oil exploration vessel just off the beautiful Pembrokeshire coast gave me the perfect opportunity to create an exciting crime adventure. I have always liked stories about ordinary people getting caught up in big dangerous issues. When I first left university I worked as an oil trader for Shell. I now consider myself to be a conservationist. This novel allowed me to explore both sides of the oil debate. Involving the cool, sleek, city girl Ella Crossley in her oil tycoon boss’s family crisis and making her join forces with the scruffy, laidback American environmentalist Nick Jardine also gave me a chance to add some humour and emotional interest.” https://www.amazon.co.uk/Slick-Deals-Helen-Carey-ebook/dp/B006GDO30S 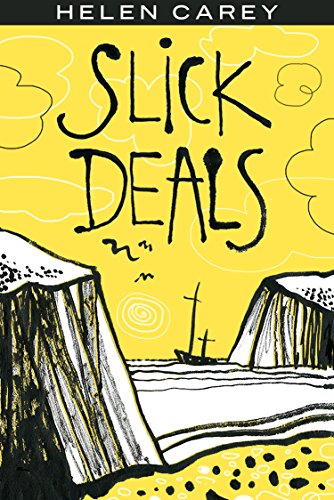 Here is an excerpt from Slick Deals to whet your appetite:

A few kilometres to the west of Monte Carlo, the small town of Cap d’Ail nestles between the Tête de Chien mountain range and the sea. The high limestone cliffs south west of the town shelter one of the most magical beaches of the Côte d’Azur. In high summer, La Bala beach is a haunt of the rich and famous who anchor their yachts in the turquoise, deep water bay. Some locals even call it James Bond beach due to the number of former 007s who have been spotted in the gourmet beach bar.

But by early September most of the yachts have gone and the only way to get off the beach is via a precipitous stairway cut into the cliff face.

Flushed from the exertion of the climb, a young woman dressed in a T-shirt, sarong and pink espadrilles rested her capacious beach bag on the stone balustrade and glanced back at the nine-year-old boy who was struggling up the steep steps behind her, hampered by the huge, bright green, blow-up crocodile he was carrying. Stifling a smile, she transferred her gaze on down into the bay. The water was so blue and clear that even from this height she could see individual pebbles on the seabed.

A light, refreshing breeze rustled the eucalyptus trees behind her. Straightening up, she took a deep breath. She was conscious of that wonderful, tingling, salty, sun-kissed, day on the beach feel on her skin. Pushing back her damp hair, she felt tanned and blonde and, suddenly, supremely happy. It came out of the blue. A wonderful, heady sense of elation. Of freedom.

School was behind her. She had escaped her humdrum family life in London. She had a great job and new friends. Tomorrow would be another day of carefree laughter on the beach, sun and illicit glasses of wine. The future fanned out in front of her, golden and enticing. The world really was her oyster.

With a final spurt of energy the boy caught her up and they crossed the clifftop Corniche road together, back into the car park.

Groping in her beach bag for the car keys, the young woman realised she had been so far away in her euphoric daze it was a wonder they hadn’t both been mown down by a passing vehicle. Guiltily, she glanced up to check on the boy.

He was standing beside the Clio, still clutching the green, blow-up crocodile. And right behind him was a man holding a knife to his throat…