The Rights and Wrongs of Being Right or Wrong 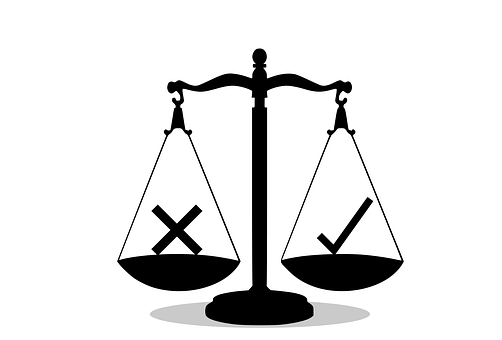 I have been thinking about being right.

You know it. That warm glow when everyone realises that you knew the truth all along and if only they had listened to you…?

As I am almost always right – or so my nearest and dearest tell me (usually delivered under their breath with a snarl) – I have been considering how much energy we invest in being right and about circumstances when it would be so much better to be wrong.

Take for example, a dear friend who has been going through a difficult time in a relationship. You always knew it was a bad job and, whether you said it or not, you knew it was time for them to move on. When friend turns up or calls to tell you that it is finally over, you know that you were clearly right… But wait a minute… it doesn’t have that buzz of being right, does it? How can you feel good about reading the situation well when your friend is brokenhearted.

Don’t you wish you had been wrong?

An exhausted friend takes on another task, another commitment when it’s clear that they have a load that would already have broken most people. You know that no one is going to step up and share the load.

Does that feel good, to have known all along that everything would come crashing down, leaving them feeling crushed and defeated and hating themselves for not being ‘good enough’?

OK, those personal situations are easier than some issues. I would undoubtedly love it if the relationship or the job turned out to be a startling success after all and everyone concerned strode into the sunset with beaming smiles. I think I could bear being wrong for the sake of my friends’ happiness.

But what about bigger issues? What if I had been wrong about Brexit? I voted to remain, by the way, and felt very strongly about it.

So what if Brexit was already proving a resounding success – having separated our so called United Kingdom from Europe, we were all working together and  thriving under an intelligent government that clearly had its every citizen’s best interest at heart?

What if I was wrong about the dark future I fear and what if the citizens who voted for this government and for these changes were right? I wonder how quickly I could let go of my gloomy visions and see the brightness and admit I had been wrong?

I don’t think I was wrong about those things… I have to admit that… But do I wish I was?

Yes… a resounding yes! I want to see people feeling good about their world and their lives. I might be squirming a bit as others slapped me about with their ‘rightness’ but maybe there is something to be said for being wrong if the world is a better place to be.

I sincerely wish I had been wrong.

What do you think?