Big Brother is Being Watched 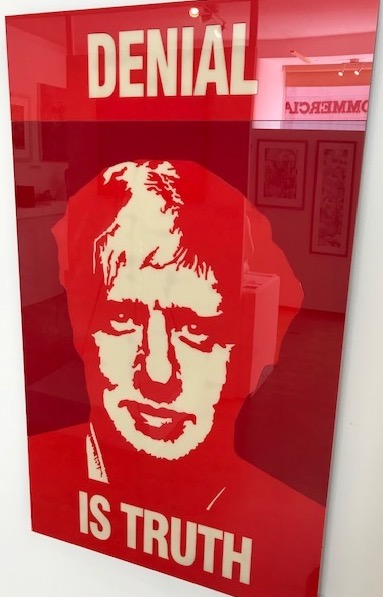 Visiting the exhibition Room 103: A Visual Tribute to George Orwell at Narberth’s Oriel Q Gallery was a treat in itself, but the presence of the show’s curator, Glenn Ibbitson, made it doubly enjoyable.

A prolific local artist, Glenn has brought together not only some of his own distinctive paintings but also works by other artists expressing their feelings about the threats to human rights, free speech and truth-telling posed by propaganda, state control and fake news – all issues highlighted by Orwell in his prophetic 1949 masterpiece Nineteen Eighty-Four.

“Orwell had always been with me,” said Glenn. “At school I read Animal Farm and The Road to Wigan Pier, as well as short stories: A Hanging and Shooting an Elephant. And later, in the 1980s, I read Nineteen Eighty-Four.” 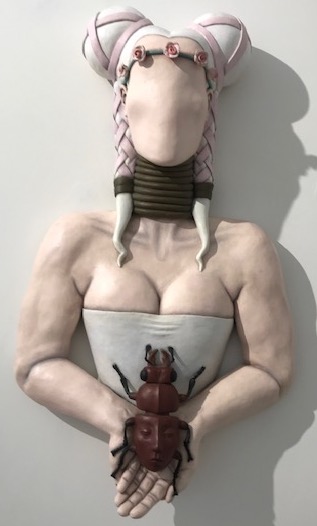 Like Orwell, Glenn ended up working for the BBC for a time. While Orwell dealt in words, broadcasting during the Second World War from Room 101, Glenn’s work was in visuals.

“Getting my job at the BBC was pure chance,” he said. “I saw an ad in The Guardian and applied. A thousand people applied for two trainee places and I got one of them.”

He painted backdrops such as landscapes and street scenes for TV dramas, and also went on to do portraits of people in the news for programmes including Newsnight and The Late Show. He was at the BBC from 1988 to 1991, then went freelance, continuing to do work for the Corporation as well as for film and theatre.

“I loved the work,” he said – but he grew “more and more jaundiced about the BBC’s supposed impartiality”.

“As a kid I had had full confidence in the reporting of people like Charles Wheeler. But I started to have reservations about the BBC coverage of certain things, such as Ireland and the miners’ strike. The issues were not as black and white as it was being reported.” 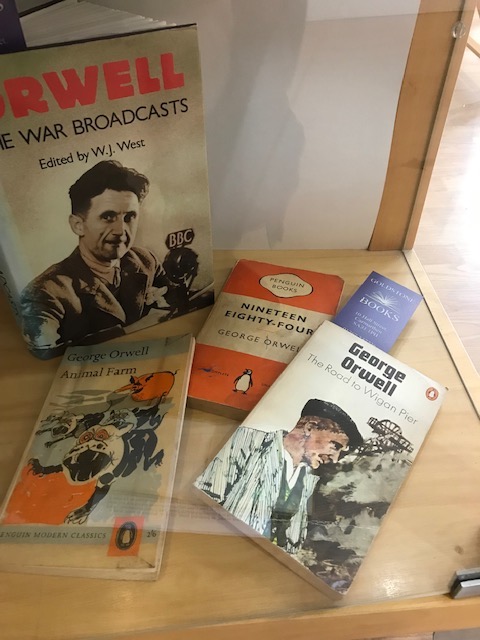 And now we have to be more vigilant than ever, he suggested, about being fed distortions not just by the politicians but also by the media, from the fringe to the mainstream.

Which brought us back to Nineteen Eighty-Four. “It’s a book that is based on double standards,” said Glenn. “He wrote it when the Cold War was beginning, and with the rise of China, the three superstates were already apparent.

“Orwell observes the power of soundbites and the dangers of populism. In Nineteen Eighty-Four there’s an oligarchy that has assumed power. But we see how flimsy the controls are and that there is potential for revolt.

“The degree of control that you see in the world now – it’s much more refined. And in Russia and China the control is a lot more solid. I think Orwell would be interested in this.” 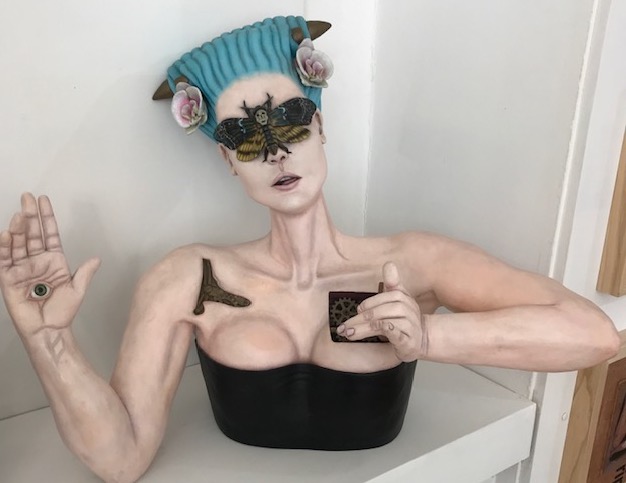 The arrival of Room 103 in Narberth was timely, since all the issues around politics, propaganda and war and exactly which information we could believe were highlighted by the conflict in Ukraine. But then, Orwell has probably never ceased to be timely. As Glenn said: “It’s interesting that somehow the usual fashionable backlash against figures of cultural note has never really gathered any traction against Orwell, and his ideas have consistently appealed to successive generations.”

Room 103, by the way, used to be the one next to Room 101, and it was the home of BBC arts programmes. The title of the exhibition was chosen to highlight the fact that although Orwell produced only words, he also gave birth to ideas and images that have inspired countless visual artworks. “There is always some aspect of Orwell’s work to stimulate the next generation of artists,” said Glenn. “And if this show leads our visitors back to his work, I will consider it to have been a success.”

Room 103: A Visual Tribute to George Orwell is at Narberth’s Oriel Q Gallery until 23 April.