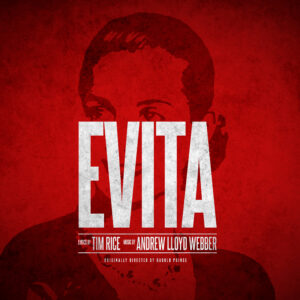 Evita is the latest offering from the Vision Theatre Company.

Featuring some of the best-loved songs from musical theatre – including Don’t Cry For Me, Argentina, Another Suitcase in Another Hall and Oh, What a Circus – Evita is one of the world’s favourite musicals.

The show had its West End premiere in 1978 and tells the story of the meteoric rise of an illegitimate Argentinian peasant María Eva Duarte de Perón to the dizzy heights of the vice-presidency of the county as Eva Peron – or Evita. She was loved and loathed in equal measure.

Hers was a short, but eventful life – she died aged just 33 – and the musical concentrates on her relationship with military dictator and Argentine president Juan  Peron and the way her powerful presence eclipsed even his political star.

Vision Theatre Company is bringing the show to life following the critical success of its productions of Calendar Girls – The Musical, Our Boys and Into the Woods.

Directed by Terri Harrison and starring Naomi Hicks in the title role and Daniel Bower as Che, the show plays at the Queen’s Hall, Narberth, 28-30 April at 7.30pm with a matinee performance on 30 April at 2pm.