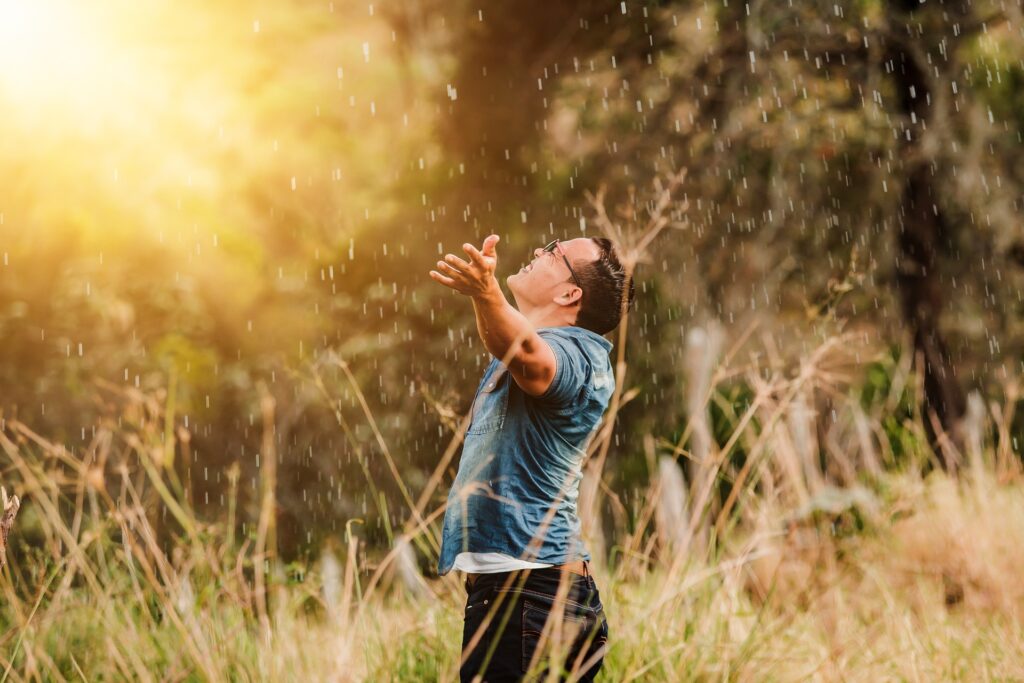 Isn’t it great the way each language has a unique way to see and describe the world? The French for ‘what is to become of me?’ – qu’est-ce que je dois devenir? – feels so much more poignant: ‘what must I become?’ In Spanish you can ask someone trying too hard to get noticed: ‘Do you want to be the parsley in all the sauces?’  German nails an idea and a feeling so neatly in Weltschmerz and Schadenfreude that we had to import the words into English. English itself is too familiar for its quirks to be apparent to a native speaker. As for Welsh, it was delightful to hear Mererid Hopwood, in a talk on cynghanedd and similar verse forms, say that in Cymraeg when you mean you have something you say the thing is with you. A nice attitude to possession.

Staying with Welsh, my feeling about it set to music is the inspiration for this essay. I’ll come to it later. What fascinates me is the way a language seems to reveal its essence, the peak of its perfection, in certain songs. In French I would choose Les Feuilles Mortes (Autumn Leaves, lyrics Jacques Prévert, music Josef Kosma). Which, on checking the sleeve notes for my Yves Montand audiotape, I find referred to as ‘one of the three greatest love songs in the French language’.

There are innumerable love songs in Spanish, but my choice falls instead on the exiled passion and salsa beat of Mi Tierra by Gloria Estefan and Estéfano, and the haunting minor-key Asturian colliers’ protest:

taught me by a Marxist woman from Seville. The same sentiment is expressed in my first choice in Italian, the partisan song Bella Ciao with its insistent repetition of ‘ciao, ciao, ciao’. But the love songs press their case. In O Sole Mio getting your teeth into the word ‘giornata’ makes the vulgarised versions seem flabby. And who can argue with E lucevan le stelle from Puccini’s Tosca?

Some consider German harsh, but to me it reaches its zenith in An Die Musik by Schubert. The words ride the rise and fall of the notes like a canoeist on white water. And of course, there are the sweetly flowing lyrics of Stille Nacht by Franz Gruber – a fellow Austrian, which may be more than coincidence. Then there’s English. Call me old-fashioned, but I can’t help feeling its apotheosis is Jerusalem (lyrics William Blake, music Hubert Parry) with the word ‘feet’ extending over three beats as if defying gravity. And finally: Welsh.

I can’t imagine Welsh reaching greater glorification than in hymns. Despite my apostasy, hymns have deep resonance for me. I love the contemplative simplicity of Theodora (Gwawr wedi hirnos) and the hauntingly mysterious Gweddi Wladgarol. In Gwahoddiad each syllable of Calfari has equal emphasis, which gives the word the emotional impact it needs. And in verse one I like the way the two diphthongs of meiau pack their energy into two notes.

In Rhyd-y-Groes the words sung clearly and passionately by Stuart Burrows fit the music perfectly, and the word mawr ending the first line of verse two seems to emphasis this passion. Y Darlun is thrilling with understated power, like a deep, slow river. But my favourite of all time is Tydi a roddaist. Its beautiful words and music were composed by poet and novelist Thomas Rowland Hughes (1903-49) who won the chair at the 1937 national eisteddfod. I love the feeling it arouses, all the way from the first line, Tydi a roddaist liw i’r wawr. Verse one translates as:

Thou, who gavest colour to the dawn

and charm to the pleasant sunset,

Thou, who didst design

the poetry and savour

of the spring in the grove,

O keep us from losing the charm

which today is wandering

throughout all the world.

All these hymns are on the audiotape Y Gymanfa Ganu (SAIN C211).

The world’s myriad languages with their unique perspectives are an ocean I only paddle in. (We did one term of Welsh, Rosemarie and I, but the smallholding kept us too busy to do more.) I’m resigned to being a linguistic dabbler, searching rockpools for interesting specimens. But even that is rewarding. 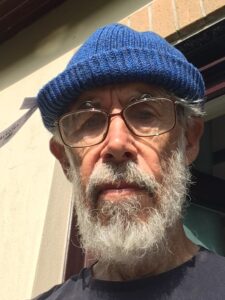 Alex Barr’s non-fiction has appeared recently in Griffith Review, The Blue Nib and Sarasvati, and less recently in New Scientist. His short fiction collection My Life With Eva is published by Parthian, and, for children, Take a Look at Me-e-e! by Pont Books. His recent fiction has appeared in Tears in the Fence, The Lampeter Review, the Interpreter’s House, and The Last Line Journal, and is online at mironline.org, Litro magazine, Samyukta fiction, Reflex Press and feedlitmag.com.

You can find out more about Alex at alexmcclurebarr.blogspot.com and barrsbooks.bigcartel.com