Much Ado about Much Ado 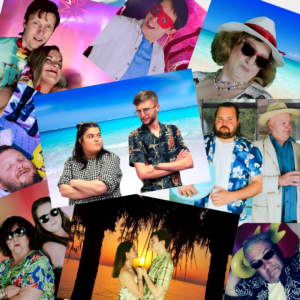 There was Much Ado About Shakespeare at the Boulevard Showbar in Milford Haven last week when the Vision Theatre Company took its first crack at the Bard.

This group is one of the newest am-dram outfits in Pembrokeshire, but it’s making a name for itself for the quality of its performances – and breadth of range.

Its production of Much Ado About Nothing made some significant updates to the Shakespearean setting – while remaining true to the heart, soul and text of the original.

The Sicilian location was transferred to the low-budget Hotel Messina – with more than a few nods to ITV’s Benidorm – complete with swimming pool, Speedos and sunburned Brits. But while the setting may have been low-budget, the performances were high-end.

Many in the audiences – and some of the performers – were new to the cadences and structure of Elizabethan English, but the cast never faltered.

Standout performances came from Tom Wears as Claudio, Nick Wears as Leonato, Owain Roach as Don Pedro, Gethin Morris as Don Jon, Bethan Edwards at Beatrice, Marcela Ayala as Hero and Saul Bayjoo as Benedick – but that takes nothing away from any of the other actors; this was an ensemble piece in the true sense of the word.

The production was directed by Arron Evans.