There’s Something About Dolphins 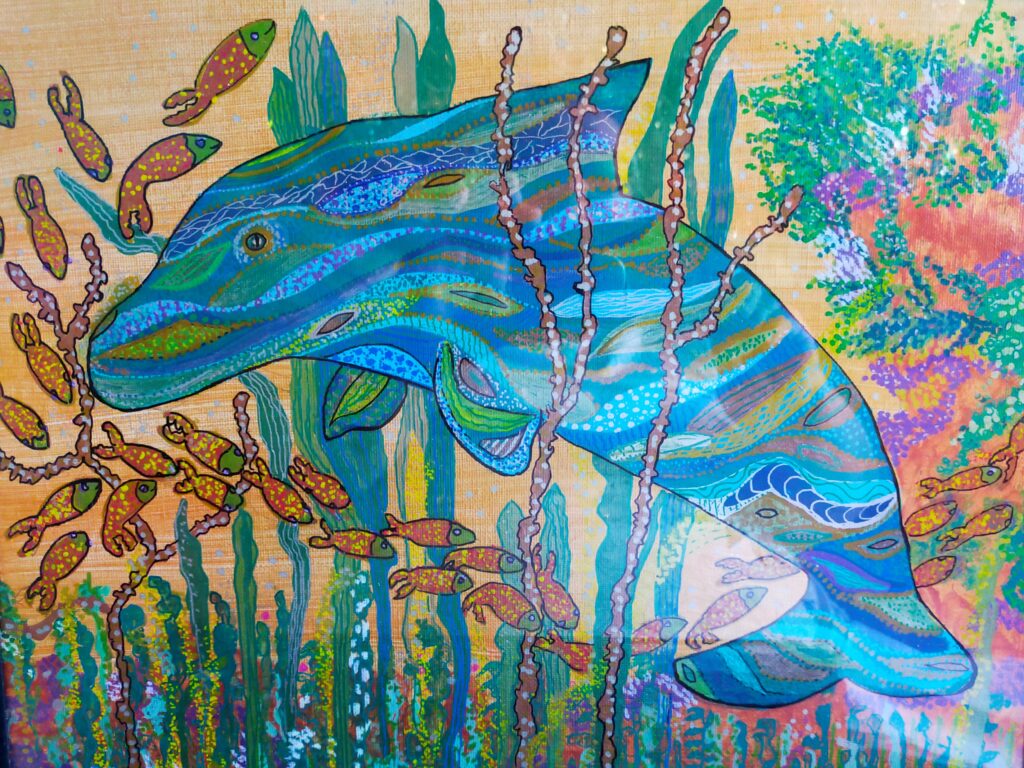 Who doesn’t love a dolphin?

I have personally had close encounters with spinners in the Red Sea but have yet to get up close and personal with our much more local bottlenose dolphins or the common dolphin.

Generally to be found in tropical and temperate oceans the bottlenose dolphin is being noted more commonly now in waters off the UK and Ireland.

Dolphins live in groups, or pods, of around 10-15 individuals, where they hunt mainly fish and squid and play together and take care of their young cooperatively.

Bottlenoses have a curved mouth, like a smile, and a beak-like nose. They measure around two to four metres in length and are grey in colour.

The common dolphin has an hourglass pattern and tan or yellowish patch on each side and a dark cape ranging from black to brown with a V-shape under the dorsal fin. Its undersides are white with the occasional yellow streak.

Common dolphin is the name given to up to three species of dolphin, the most common being the long-beaked Dolphin and the short-beaked dolphin. The Arabian common dolphin is another and is characterised by an extremely long and thin beak. The latter are usually found in the Red Sea and Indian Ocean.

Anyone who has watched these amazing creatures will be delighted by the way they glide through the water reaching speeds of over 30 kilometres an hour. Although we can’t be certain why they do it, we can’t help but be thrilled when they leap out of the water. This is called breaching and they can rise to five metres before splashing back down again.

Theories as to why they do this are that it could be to get a better view or to clean parasites off their bodies, but I like to think it’s a form of communication and maybe just something done for the fun of it!

They are great communicators butting one another and snapping their jaws. They are very chatty too, making squeaks and whistles and clicking noises. The latter being a very sophisticated form of echo sounding. If you have ever swum with any type of dolphin, you can hear them coming from a long way off. It’s one of the most exciting experiences I have had in my life. Fabulous!

Want to know more? Ocean Lab and the Sea Trust in Goodwick are a great source of information about dolphins and other wildlife .